Conceived as a boat, the proposal for the Galician Volunteer Station establishes a symmetry metaphor between the sea and the land on which the promenade side would be its own axis. The buildings which sorround it, the Municipal Swimming Pools, the Health Centre, the stands of the Football Pitch and those which are still to build, as the Canoeing Centre, have an autonomic nature that makes complicated the proposal for a relation among them. On account of that, it is turned to a conceptual image, a small fleet of buildings resting on a solidified sea, where the slightest undulation of the pavements and the presence of trees resemble the swell, and on which the Volunteer Station hopes to set itself as a flagship. This way, the building seems to float over the ground, by the elevation of the entrance floor height over the square, to facilitate the lighting and ventilation of the lower-ground floor, and its use in optimum conditions.

The prismatic volume which gives shape to the building is covered by a latticework of slate, acting an irregular bond which provides an equivocal image of solidity and at the same time allows a certain transparency and permeability towards the views. The most defined areas of the program are formed as irregular pieces inserted in this main volume, leaving in-between spaces that, while making the user’s perception and orientation easier, are home to several relation purposes and additional uses required in the program. These voids connect the interior part of the building with the outside, equipping the joint with an own and unitary image, in accordance with the representative nature that an operation like this must have.

This is the way to respond to a demand of urban regeneration in the entire work, proposing a certain structure that lies between the urban scale and the architectural scale and one that, besides, works as a referential element in this environment.

On the other hand, subjects like the incorporation of identifying graphics or the emphasis placed on the perception of the joint from the promenade and the new opening back street introduce important aspects regarding the infrastructures systems and the establishment of architectural events to the scale of the town. As a concept, the intention is to adapt the building to diversity principles and those of spatial transformation, by using non-harmful materials and introducing nature as a habitat-associated element with the creation of gardens and free spaces.

We could identify a lower-ground floor – or live work – on which the warehouses are, as well as the gym and its auxiliary offices. So, the dead work would be the emergent part of the joint, a stone-looking building that contains a series of metallic pieces (auditorium, classrooms, residential centre l, etc.) whose arrangement recalls the world of spatial relations that take place on a boat. This way, and on an upward course, from the wine cellar-warehouse and engine rooms-installations we address to the public program (reception and administration, cafeteria, exhibition hall, audiovisuals room and auditorium). On the first floor we find the bridge-educational and residential centre and on the second floor, with an access to the roof, the dormitories-cabins.

Constructively, the whole is achieved thanks to a regular and reticular structure that withstands a series of modules built in a visually independent way, framed in an enveloping and unitary environment. The structure is mixed, with concrete flagstones and steel pillars, made to give versatility to the solution and to mark the unity of each piece composing the whole. The faces of these prisms are panelled in aluminium and they combine drilled and opaque sheets. 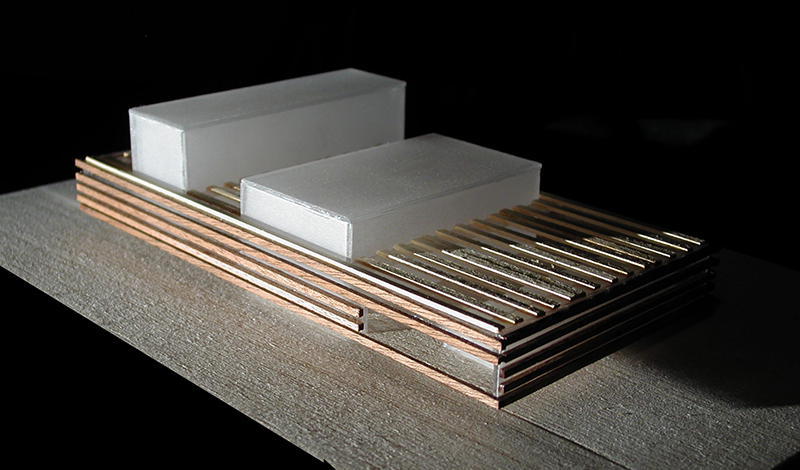 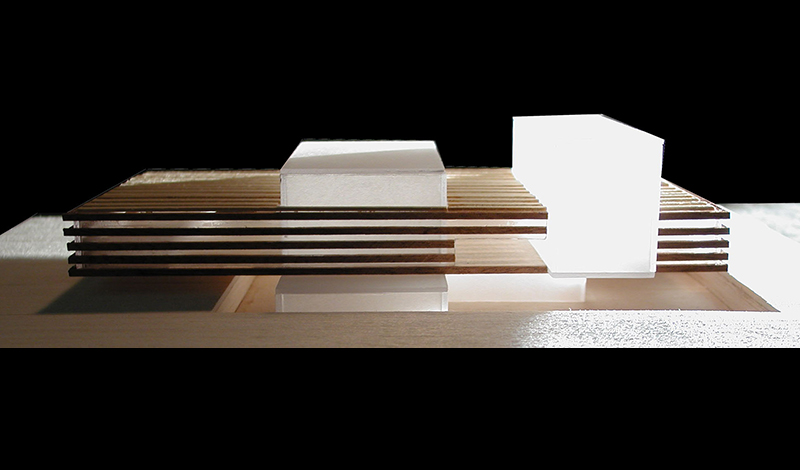