Restoration of The Colon Theater in A Coruña (Spain)

We are facing a building planned in 1945 and which, in its part destined for performing, responds to the typology of Theatre-Cinema. Principally, a hybrid system based on the Italian “Teatro”, which establishes the clear demarcation of the spaces destined for audience and stage, allowing this way a greater sophistication on the stage device. The theatre has a rectangular shape where the seats are placed in parallel to the stage; their disposition conserves the curve shape, typical of the above plan, as well as some elements more common of theatre tradition like the stage box and the orchestra pit. In the outside, the building, which currently also provides space for the Palace of the Provincial Council, there is a big and exempt block made as a single volume, whose four facades respond to a compositive plan of classicistic inspiration.

Regarding the specific factor of the theatre function, the main objective of the proposal is focused on, keeping the current theatre shape, obtaining a more rational and better use of the outlying spaces, as well as facilitating and boosting the use of the stage. Stated below, the interventions to be made are concisely described.

Structure, dimensions and ornamentation of the theatre are kept, everywhere but in the ceiling areas, undoubtedly a quite devoid of charm face and whose appearance proves to be a bit oppressive, and for whose decoration the intervention of a well-known plastic artist is proposed. The incorporation of a suitable air-conditioned installation will provide the theatre with a greater comfort. Flooring, finishing and armchairs are replaced, equipping the seats with a greater spaciousness, comfort and quality. In the back part of the theatre, over the stalls axis, a stage and sound control room is situated.

On the level of the current first amphitheatre, the remodelling of the stairs void permits the proposal of a more uncluttered space with double height over the entrance, bearing in mind the reduced dimensions in height. This way, circulation becomes possible, now non-existent, around all the perimeter of the theatre, turning this first level into a ground floor box. These new arrangements allow a greater homogeneity and coherence of the functional plan and a big simplification of the courses.

Currently, the areas destined to foyers, circulations and relation spaces are really meagre in dimension and, occasionally, they obligate the audience to execute tortuous ways. A new situation for the access from the outside is planned, to be done trough a glass box, which acts as a windbreak, incorporating a more representative image of the theatre for the facade facing La Marina Avenue. The foyer, quite exiguous as such, will be moderately extended. The stairs core is reorganized, giving continuity to the courses and freeing the perimetral spaces. Thanks to the three lifts located in different points of the building, the restricted courses become easier and the access for the disabled people onto the different levels is, this way, achieved.

The construction of the basement provides the theatre with necessary auxiliary spaces, as toilets, cloakroom, warehouse and installation room.

A small glass volume is proposed, joint to the building thanks to a canopy, where the box office is located as well as the advertising elements from the different activities.

The orchestra tip is outstandingly extended. The dimensions of the stage box are outstandingly extended. This will increase the stage capacity of the theatre. Under the stage there is a multipurpose room, with support for the stage effects, it is also the place where the dressing rooms for quick changes are. The stage equipment will be renewed and completed and it will have installation systems and stage lighting, audio and sound control, intercommunication and stage machinery. Several new elements are added such as: fire curtain, electrified holders for the lighting devices, a fully equipped acoustical shell, etc.

New dressing rooms are planned for the third floor, occupying the side spaces and with an independent access. These dressing rooms have natural lighting and ventilation and their big spaciousness and comfort will do service to those shows involving a big number of persons. On that level we can also find projection rooms, stage control rooms and three simultaneous translation cabins. 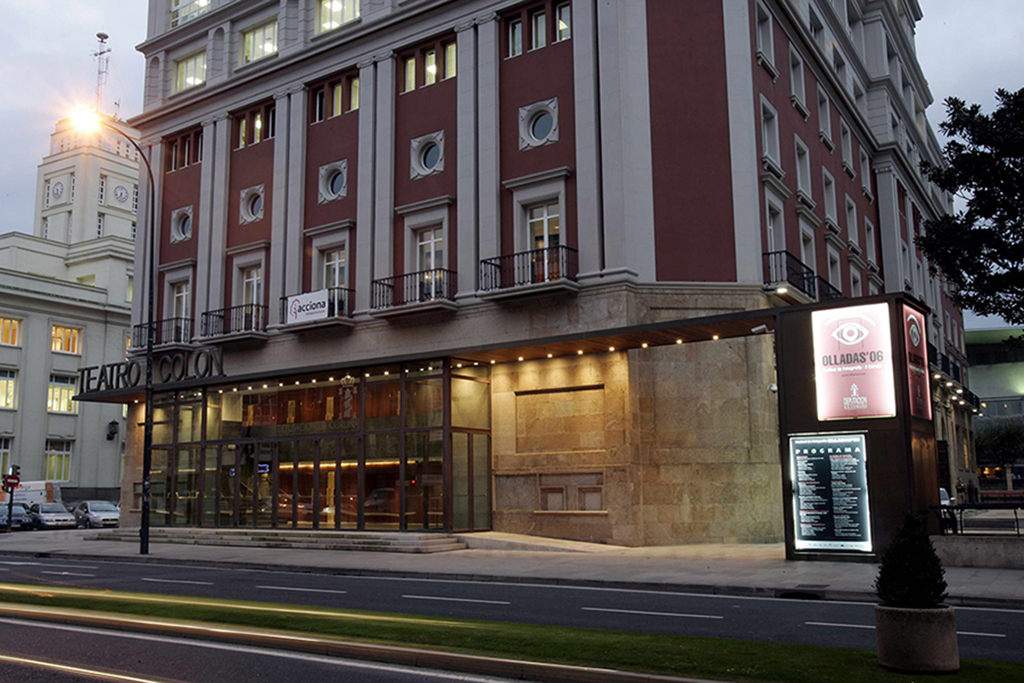 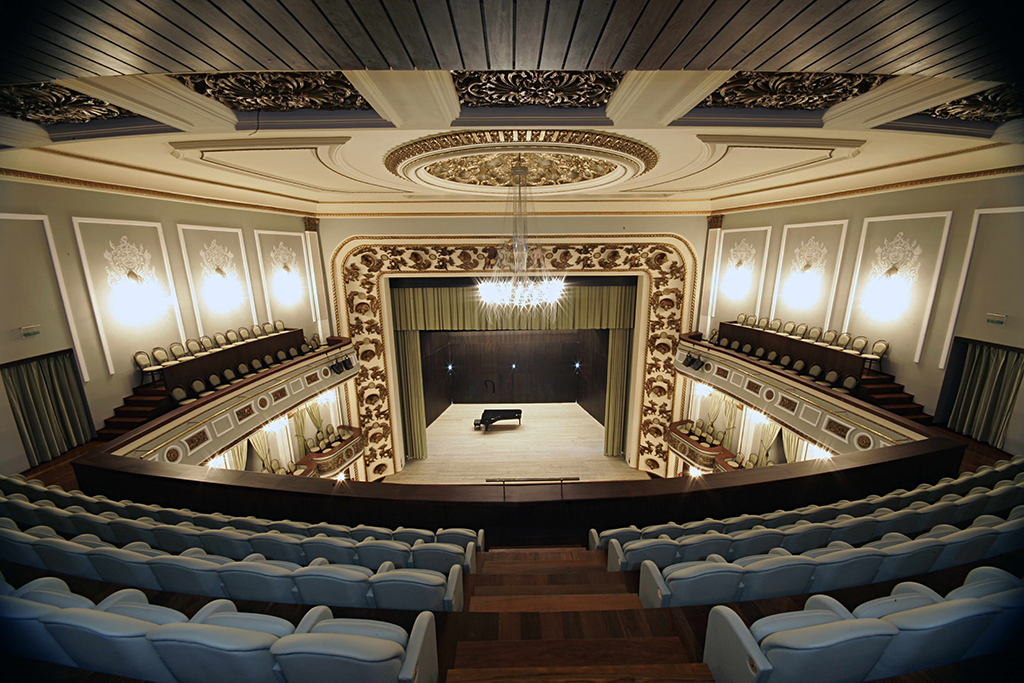