The proposal for the building of the Headquarters of Castile & Leon’s Consultative Board has as a premise for the project the integration of a new piece constructed in the area of the Historical Town of Zamora. This location strongly determines shape, material and spatial configuration aspects, material aspects, because it becomes urgent the creation of a dialogue with a very heterogeneous environment, which takes in from the monumentality of the cathedral joint to the banality of the housing buildings, of a more recent construction.

In this context, the suggestions are taken almost directly from a deep look of what we consider the clearest and happiest architectural tradition. This way, we can prove how, without being subject to prior regulations, but one which is imposed by common sense and the necessary use of the available materials, throughout the years, churches, palaces, convents and cathedrals have been arising, but also more or less modest houses, stables, granaries and farms. And it is, undoubtedly, this diversity, this way of making up an urban weave made to human and ‘walking’ scale, in which big structures assert their presence and the modestest ones occupy tiny corners, one which has stamped an unrepeatable character to the old centres of our towns, and one from what Zamora is an extraordinary example.

Bearing this in mind, the project for the Headquarters of the Consultative Board wants to assume the responsibility that, as a building, comes imposed by the fact of carrying the image and public representation of a building of an institutional nature, although without relinquish getting involved with the intricate workings of the urban fabric. Being subject to the strict urban regulations is something assumed as a starting point and an essential fact for the project, trying to squeeze the possibilities of a group of rules about which, we technicians, usually observe only its most restrictive side, forgetting sometimes about the capacities in its development.

Divided then, in two blocks that open to an interior street, the building sets out to simultaneously solve urban topics as well as its own requirements about use and image. That is the reason why the decision about not keeping the building of the old Residence has been chosen, because it is seen as excessively rigid, both in structure and in its relation with the town. Moreover, the small size in height of its floors would not allow its adaptation for the administrative use, in accordance with the legislation currently in force. There is an intention of restoring the area thanks to a new introduction that employs geometric irregularity, so innate in the “pre-motor” layout of cities, as a “suture method” among the different structures (courtyards, gardens, streets, buildings, party walls, etc.) that form the block.

This geometry pervades the entire project, evading the monotony that seems to suggest the program of necessities and looking for the sparkle of transit around the building and the richness on the physical and visual relations among its parts. It claims to be one more stretch of the city, an area halfway between the street and the patio and its private use makes the security tasks and access control easier. The organization of the joint follows the specified criteria of the program; in the south body, with its facade over viewing Obispo Manso St, the areas for the President, Chief Executives and Secretary General, and the Plenary Room and library. In the north body, giving its back to the party walls and opened to the south, we find the lawyers, administration and computing areas.

The image of the whole is solved with stone from Zamora, looking for a balance between the solids and voids masses that tack the compositive language together with the environment, where the presence of massiveness and the tonality of materials suggest the guidelines to be followed.

And, finally, if what we attain is a building that is pleasant to the city, to its citizens and users, and one that knows how to decently represent the institution that represents, we will have performed the greatest goal that is demanded to architecture. 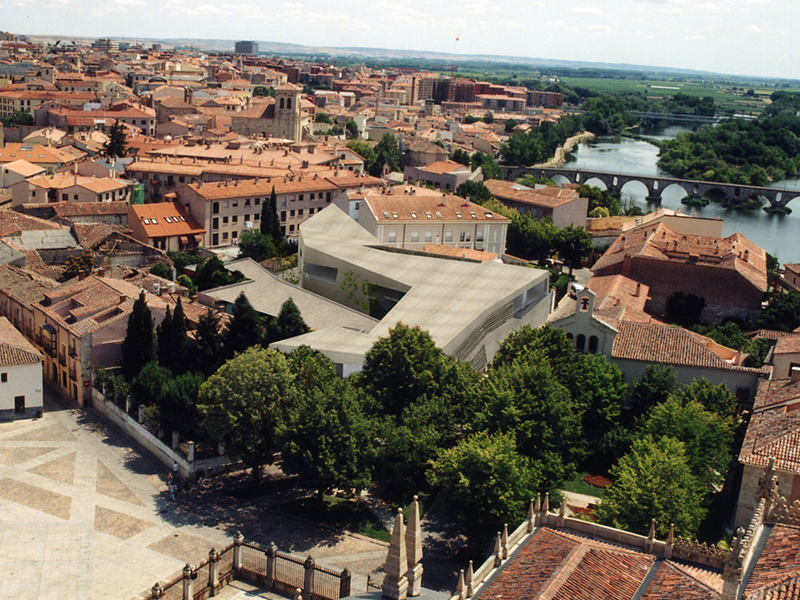 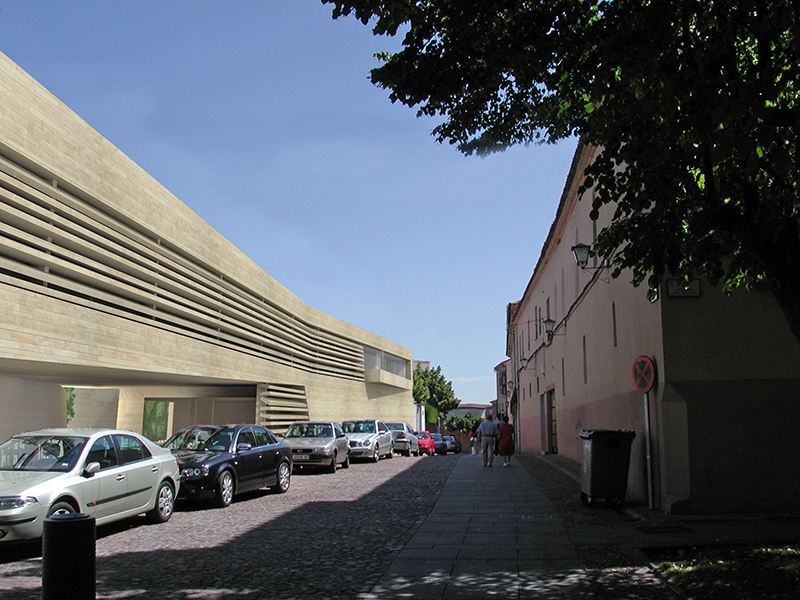