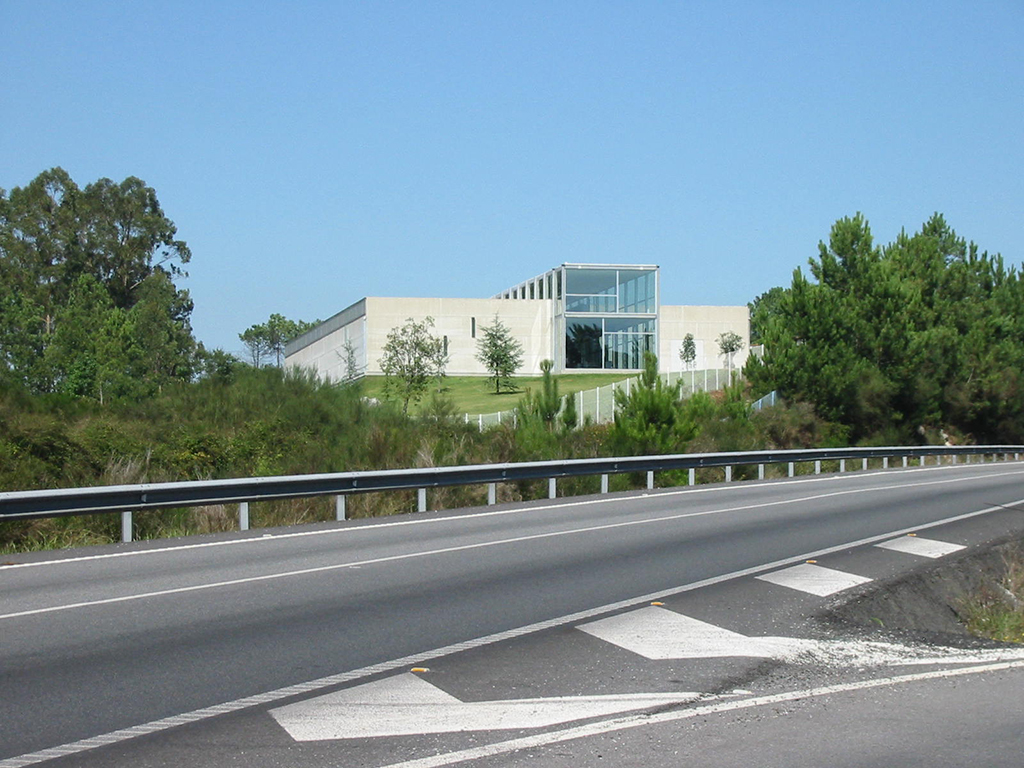 The goal of this project is the construction of an industrial building and annexed offices for a clothing company in the municipality of Rianxo (La Coruña). The project seeks the fitting of the building into the natural slope of the land, fragmenting the industrial site into three premises according to its use and to the elaboration process, by the employment of terraced architecture.

The premises show the same space between walls and they gauge lengthways, according to the different purposes to hold. This fragmentation avoids the standard unitary volumetric configuration, typical in this kind of programs, in view of the economic criteria, previously expressed and the respect the environment deserves, as well as the will of the property of giving a especially careful image.

The offices are located between the two premises on higher height, standing out because of their volumetry with respect to them, in order to serve as the company’s image when leaning out to the speed way. The closing wall of the offices is made out of glass and the rest of the volumes are closed by big prefabricated concrete pieces.